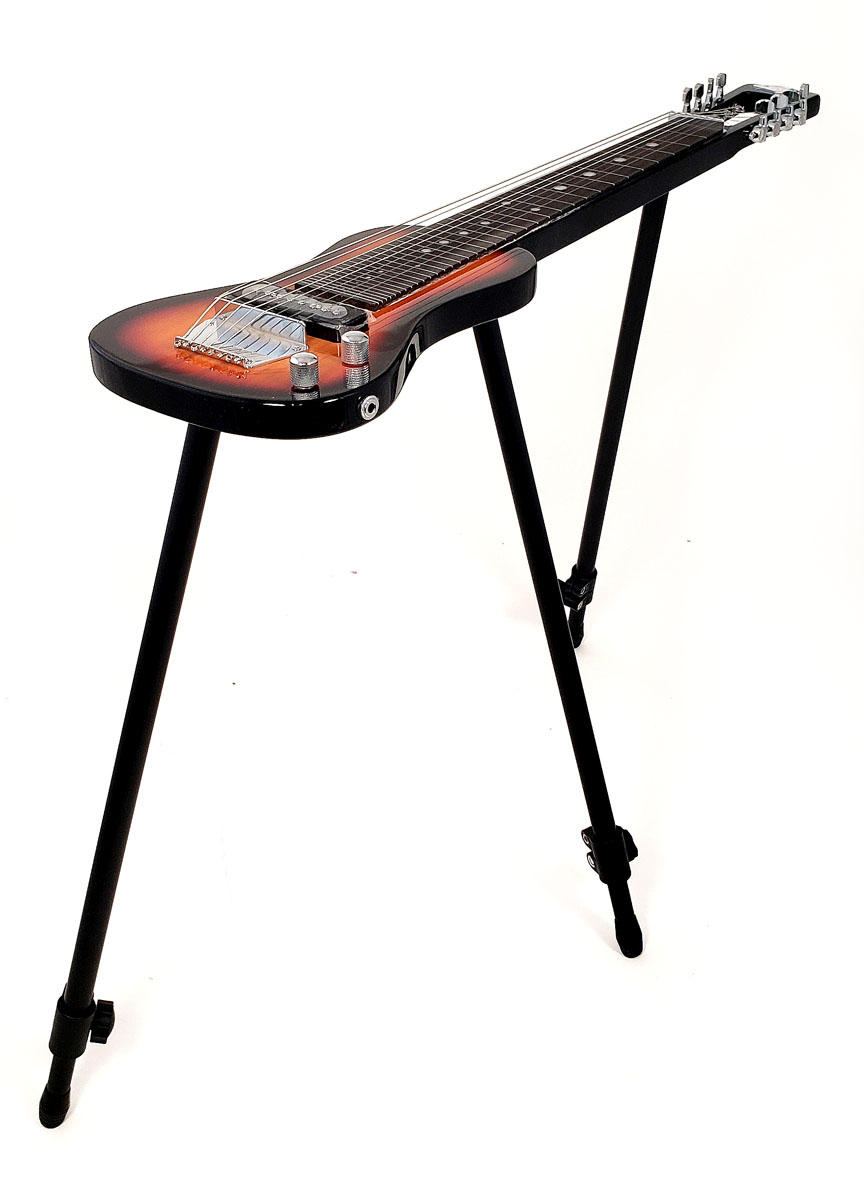 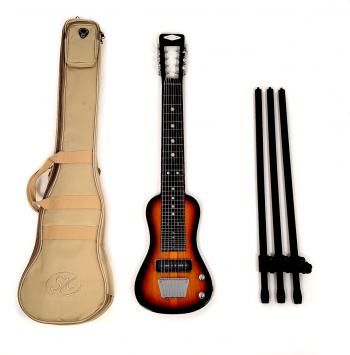 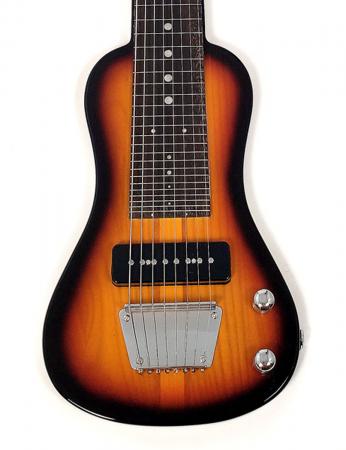 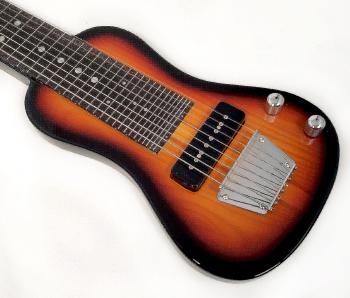 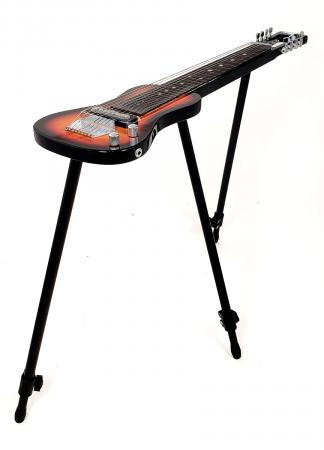 This full size American swamp ash body lap steel features 36 frets and offers a single coil pickup for clear and bright sound. Unlike a typical guitar, the strings of a lap steel are not pressed to a fret when sounding a note; rather, the player holds a metal slide called a steel (or tone bar) in one hand, which is moved along the strings to change the instrument's pitch while the other hand plucks or picks the strings. It is perfect for Blues, Rock, Hawaiian, Country, Bluegrass, and Western Swing. The strings are spaced widely, with 3/8" between each one. This makes it very easy and enjoyable to play. The single coil pickup has 8K ohm resistance.

I just received my new SX 8 String Sunburst steel guitar. As usual, I am amazed at the quality and pricing of this guitar. 8 string lap steels are both rare and expensive, with the sole exception of the SX steels. I have one of your original 6 string SX steels (that came in a hard case without a stand). It is several years old, and it still rocks! I am looking forward to many years of playing this new, beautiful 8 string. I've written this before, but it's always worth repeating: thanks for proving once again that sometimes you actually CAN get a lot more than you pay for. It's like having a relative in the business.

Greetings Kurt! I just opened my SX lap steel with pickup and I have to tell you. I could not be any happier! What a wonderful deal, The sound is just what I was after and the feel of it is Great. Not to mention it looks sexy as hell. Even my wife thought so. I know people like to write to companies and bitch about this and that so I thought that you would like to get an email from a true Rondo SX fan. This is the 2nd instrument that I bought from you guys and with the exception of some minor tuner issues on the 1st one I am totally pleased. I'm on a very tight budget and it is so nice to find equipment of this quality for such a great price. You guys rock! I would like to buy the stand for the steel as soon as it is available. So keep up the great deals and many thanks, Peace,
Kenn Lynn

Just received my SX lap steel. Let me start off by saying I have quite a collection of guitars including some high end non-pedal steels and laps. My expectations were not very high for the price I paid, but I bought this from many recommendations on the Steel Guitar Forum. The case alone is worth the price of admission. The guitar- is an above average instrument! What a little gem!! I initially bought this as a beater, but I will be playing gigs with it! Thanks again!
Steve Secord

I have one of your SX lap steels and an Agile 3000, great stuff! Below is a link to a song I did. Also, if anyone needs any instruction, I created a whole page of 6 string lap tabs with sound files so you can hear what they should sound like: Tab Instruction Feel free to point any of your customers to my site for free instruction or just to see what a lap steel can do. Ive get a lot of hits from the telecaster and Stratocaster forums for regular guitar pickers looking to get started on lap steel.
Greg Cutshaw

Hello Kurt, Last year I ordered an AL-3010 gold top and an ash/P90 lap steel, and really love both instruments. I recently finished a 2 DVD set on C6 lap steel using the SX lap steel for all the audio and video, and just wanted to send you a link to the video. I've been thrilled with the tone of the instrument, and it seems that others dig it too so far! Please feel free to repost the video if you like: Thanks for making SX guitars available. I dig! best regards,
joe dochtermann

Additional strings on your guitar means even greater tuning potential. With the additional strings, you can minimize the number of slants you have to play to get your guitar to match the song's harmonies. Here are some suggested tunings for eight-string steel guitars. A6 Tuning: 1. E 2. C# 3. A 4.F# 5.E 6. C# 7.A 8.F#

This is a very popular tuning, used by Herb Remington among others.